Why I swiched from an Apple Watch to Garmin 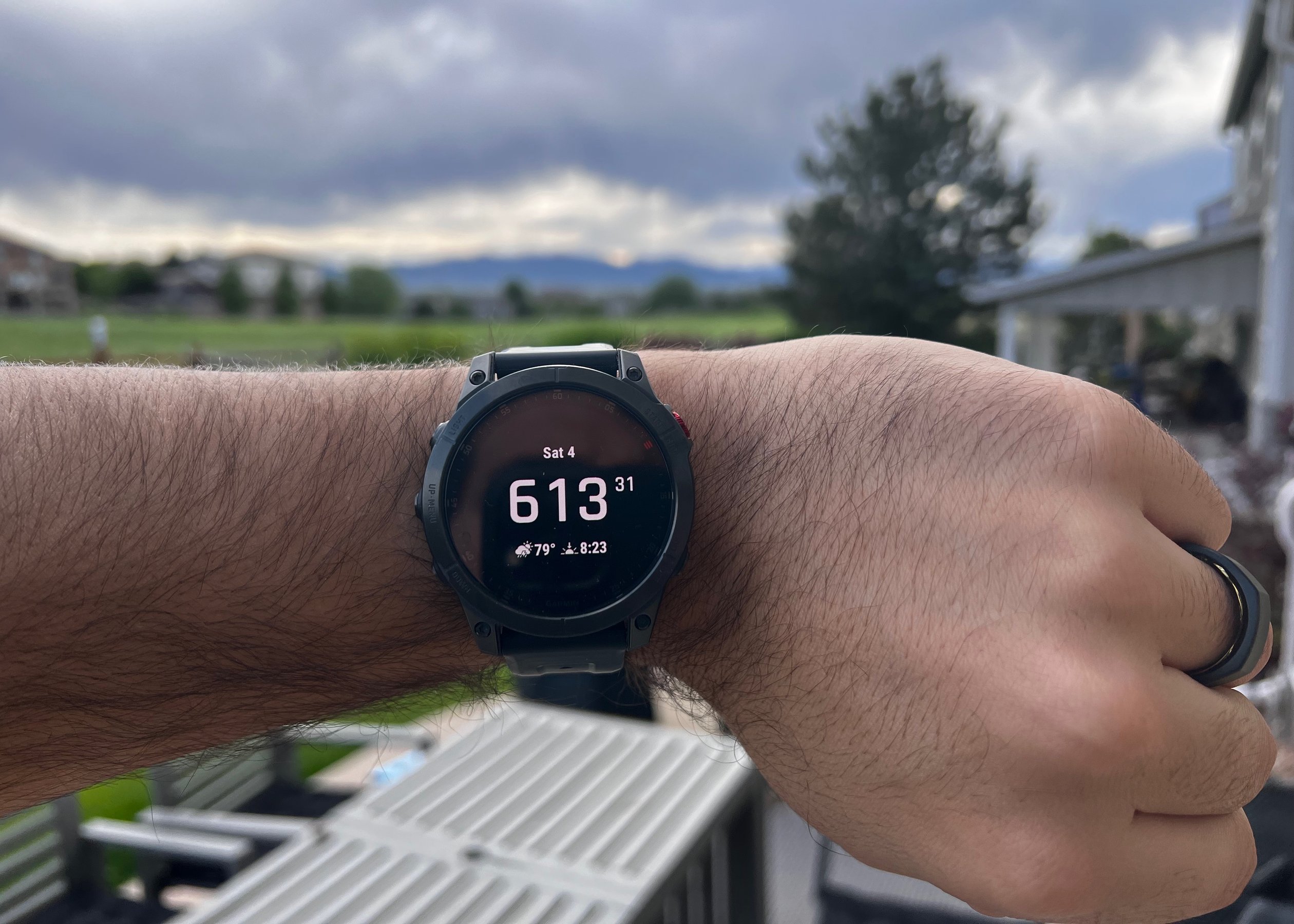 In 2010 I bought my first wearable fitness device. Fitbit, a young hardware startup, created a connected step counter that you wore on your hip. The small plastic clip had a screen to tell you the progress toward your daily step goal and required me to plug it in each day to sync it to their servers. Since those early days of connected health and fitness, I’ve tried just about every wearable on the market. That is, until 2015, when I bought my first Apple Watch.

Since then, I haven’t looked back. I’ve since bought five generations of Apple Watch, using it as my daily notification device and fitness tracker. Each generation, or series, of watch improves incrementally, giving me just enough new features to stay a loyal wearer. I stuck around because I bought into the Apple ecosystem, and the Apple Watch had just enough fitness features to keep me from leaping.

Two things that haven’t improved over those seven years are the battery life and how Apple presents health and fitness data. Each series seems to come with a faster processor or a bigger screen but still requires daily charging. As a result, battery life becomes a problem when camping, on a long flight, or tracking a long event such as a marathon.

Every few years, the Apple Watch will add a new health metric, such as blood oxygen saturation or EKG, to the watch as well. The new dimension of data finds its way to the Apple Health app on my phone, where it sits. Aside from the rudimentary trend analysis (“you’ve been walking more”), a third-party app is required to take action based on this information. Correlation and insights are all but missing from the Apple Watch experience.

For these two reasons, battery life and actionable insights, I looked around the fitness tracking ecosystem for the first time in nearly a decade. In early 2022, Garmin launched its latest series of high-end fitness watches in the Fenix 7 and Epix Gen 2 lines. Garmin has taken the opposite approach from Apple, prioritizing battery life and fitness functionality, including features to help you understand the data, over smartwatch features. After reading reviews, I decided to give the Garmin Epix a try.

The Garmin Epix has an AMOLED touch screen comparable in crispness and brightness to the Apple Watch I was leaving behind. The model I purchased has a sapphire crystal lens for durability and ten days of battery life. It has multi-band GPS and can track more sports than a lifetime of adventuring could fill. It seems to be the perfect gateway away from Apple Watch. Surprise; that was my initial reaction after using the watch for a few days. I didn’t find myself missing anything specifically from the Apply Watch. Smartwatch features such as notifications and calendar viewing worked seamlessly on the Garmin. The larger screen and round shape felt more natural on my wrist. The only features I missed were Siri, Apple Music, and Podcast integration, though I rarely used those without a phone nearby.

The superior workout experience was evident from my first run with the watch. Fully customizable screens, heart rate displayed in an easy-to-read widget, Ant+ supports pairing a chest heart rate monitor; Garmin built this watch for fitness tracking. In addition, the data collected by the watch and various compatible sensors, such as the Garmin HRM-Pro, provide a holistic picture of the workout. All this data is synced with Garmin’s servers, integrated with other devices, such as the Index S2 scale, and shared with other services, such as Strava.

The sheer amount of data can be overwhelming. Luckily, Garmin has created features to help you understand the data collected from wearing the device. These features include data collected through workouts, everyday wear, and sleep. These features, such as Body Battery and Training Status, give you actionable insights at a glance. Garmin will even recommend a run or ride duration based on the heuristics collected. 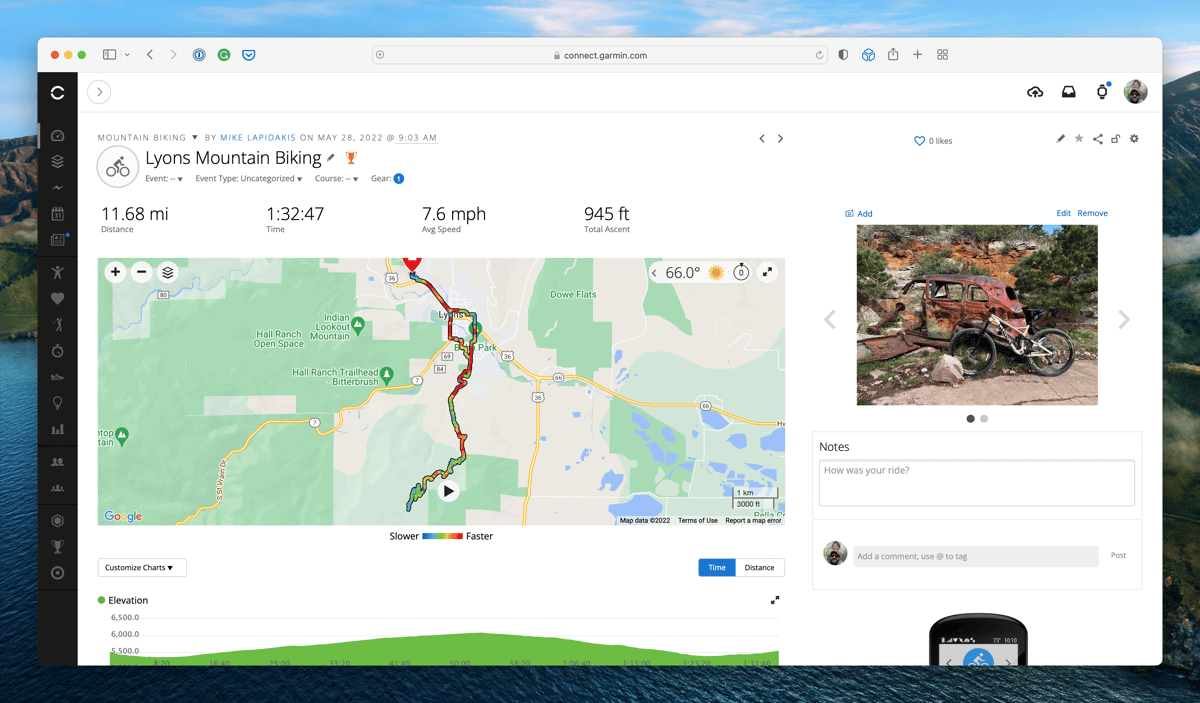 After using the Garmin Epix for the past three months, I remain impressed. Charging the watch for 15 minutes daily while I shower is enough to keep it going indefinitely. In addition, the insights the Garmin Connect platform provides are refreshing and have driven me to improve my overall fitness. I’ve also picked up some of Garmin’s other fitness devices, such as an Edge bike computer and various sensors.

With that said, Apple announced a slew of new fitness features at this year’s WWDC that signal a shift in focus. From new running metrics to triathlon support, Apple seems to be looking to narrow the gap. These features also indicate that the next series of the watch, expected in the fall, will include a more rugged design and longer battery life.

Overall I’m pleased with the switch to Garmin. I genuinely miss a few features from the Apple Watch, but Garmin’s focus on performance comprehension and improvement keeps me more active than ever. For those frustrated with Apple’s lack of attention towards athletes and who are willing to give up some of the Apple Watch apps for longer battery life, the switch to Garmin, especially the Fenix or Epix lines, is well worth a look.