With the Fediverse having its moment, there's a growing group of enthusiasts, myself included, who are looking for the most efficient way to run a server. Mastodon has emerged as the strong front-runner for small and large servers alike, though it isn't without its sharp edges.

I've run a Mastodon server for two months now, and have cut myself on those sharp edges several times. The most challenging aspect of running a small Mastodon server is cost and complexity. Mastodon uses three major components, each of which need their fair share of resources. Things can get pricey, quick.

For this reason, I started exploring other Mastodon-compatible ActivityPub services. The first of these that I'm experimenting with is GoToSocial.

GoToSocial is a lightweight alternative to Mastodon written in Go, which can run on one fourth of the resources. It's currently in alpha, with minimal features. Presently, it's focused on providing a backend with a corresponding API for use with the many web, desktop, and mobile applications that work with Mastodon.

I want to emphasize one point again – GoToSocial is still in alpha (version 0.6.0 as of this writing). The development team maintains a list of APIs that have, and have not yet, been implemented along with a roadmap. It's worth taking a look at these before proceeding further.

Alpha status not withstanding, I decided to stand up a server and give it a whirl. I've written up my initial findings here.

The single biggest decision points for many folks thinking about standing up a server in the Fediverse will be cost. For a small, family-sized server, a full Mastodon install can be excessive. I've outlined my costs for a small Mastodon instance running on AWS in my notes post, but to summarize, I deployed a t4g.small server which costs roughly $14 a month before bulk pricing discounts.

In comparison, GoToSocial requires far less resources. With a SQLite database, no Redis server, and a code base written in Go, it requires roughly 500 MBs of memory compared to the suggested 2 GB for Mastodon. With this, I'm using a t4g.micro which is roughly half the cost, at $6.50 per month. Performance appears to be comparable, with no observed slow-downs in my initial testing.

As outlined in the roadmap page of their GitHub repository, GoToSocial is still working on many of the features that make Mastodon great.

A few of note:

While some of these aren't dealbreakers, others are fairly important, such as video functionality. Some, more nuanced, issues start to show the longer I use GoToSocial. For example, follower counts don't propagate to my server. Users I follow on GoToSocial only show one follower, me.

Along with these feature gaps, GoToSocial requires an app to use, as the web interface is limited to viewing and updating profile information along with light server administration capabilities. For a single user (or family) server, this trade off is fair. Using less resources, reducing cost, but requiring an app (which I primarily use anyway) is a fair trade-off.

One feature built into GoToSocial that I really enjoy is the ability to use a different URL for usernames. For example, if you'd like your username to be [email protected] but you're already running a site at example.com, you may need to host the server on a subdomain such as social.example.com. Doing this will cause your username to be [email protected] which is not ideal. GoToSocial can be configured to use the root domain, in this case [email protected] and has instructions for configuring the webfinger redirect. It's a slick solution that I'm thankful the development team included.

By far the biggest issue I've had with GoToSocial compared to Mastodon is app compatibility. Many of the desktop and mobile apps I use regularly, such as Mammoth, don't know how to handle the missing features of GoToSocial's API implementation. Most of the apps fail to authenticate, with some crashing after the first sync.

In my testing, Pinafore works well on the desktop/web, and the official Mastodon iOS app is rock solid on mobile. It's not clear to me if the issues are with the app developers not following the ActivityPub spec, and instead writing the apps for Mastodon specifically, or if the GoToSocial API responses are the culprit. Either way, I've not had good luck with third-party apps, which is the backbone for making GoToSocial work.

At this time, I'm sticking with resource hungry Mastodon for hosting my Fediverse profile. Mastodon is feature complete, compatible with the leading mobile applications, stable, and has advanced administration capabilities such as adding relays and moderation. In this early stage of growth, stability and consistency across the Fediverse is key.

With this in mind, I'll continue to run a GoToSocial server, keeping an eye on development and how resource costs change over time. My goal is to follow over 100 active accounts that can simulate normal usage. I'll follow up when it's closer to feature parity. 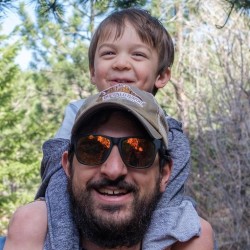